Vesta is one of the largest objects in the asteroid belt, with a mean diameter of 525 kilometres (326 mi). It was discovered by the German astronomer Heinrich Wilhelm Matthias Olbers on 29 March 1807 and is named after Vesta, the virgin goddess of home and hearth from Roman mythology.

Vesta is thought to be the second-largest asteroid, both by mass and by volume, after the dwarf planet Ceres, though in volume it overlaps with the uncertainty in the measurements of 2 Pallas. Measurements give it a nominal volume only slightly larger than that of Pallas (about 5% greater, which is the magnitude of the uncertainties in measurement), but it is 25% to 30% more massive. It constitutes an estimated 9% of the mass of the asteroid belt. Vesta is the only known remaining rocky protoplanet (with a differentiated interior) of the kind that formed the terrestrial planets. 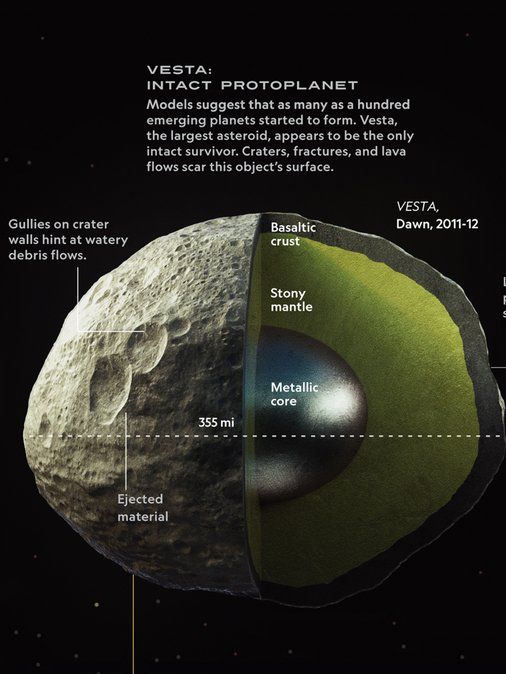 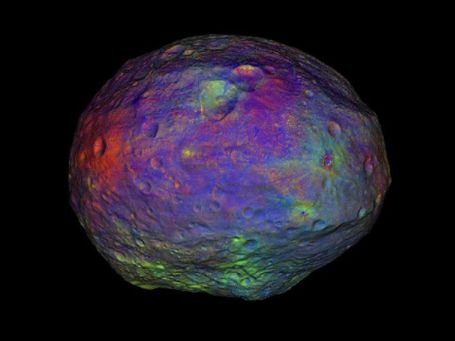 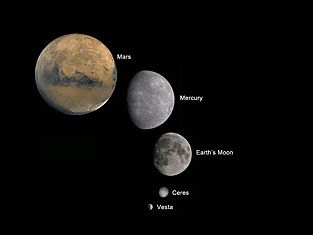 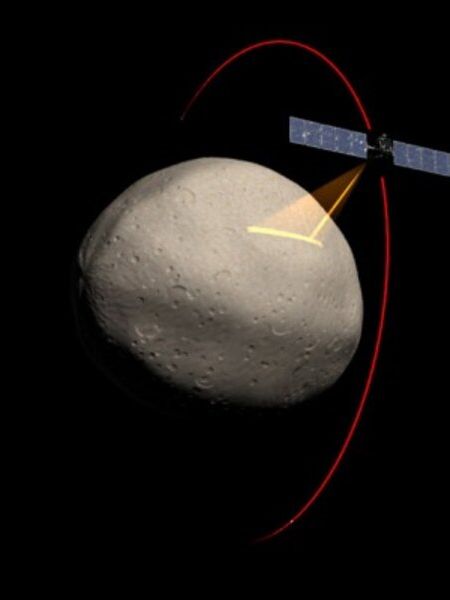 Part of NASA’s Discovery Program, Dawn is a mission to the two most massive bodies in the main asteroid belt – Vesta and Ceres. These diverse worlds offer scientific snapshots of the early solar system. Vesta is rocky, while dwarf planet Ceres is icy. Each followed a very different evolutionary path.

Dawn orbited and explored the protoplanet Vesta in 2011-2012. 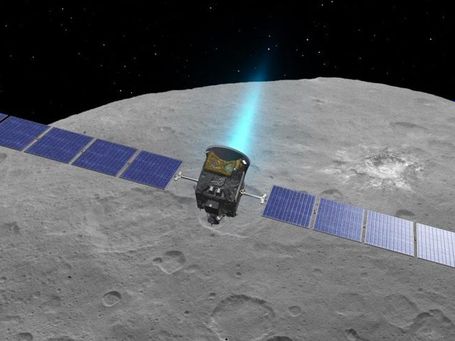 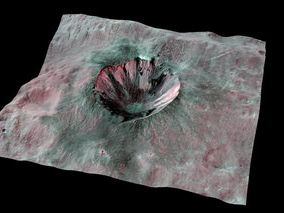 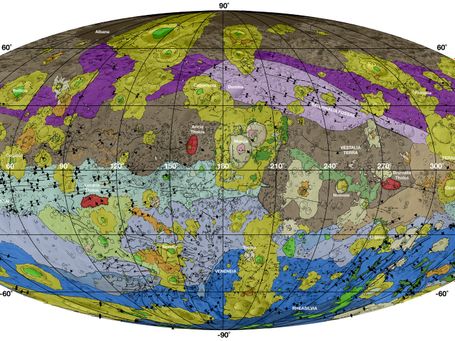 Dawn orbited Vesta for more than a year, from July 2011 to September 2012. Its investigation confirmed that Vesta is the parent of the HED (howardites, eucrites, and diogenites) meteorites, which Dawn connected to Vesta’s large south polar basin, a priceless cosmic connection between samples in hand and a singular event on a small planet. Vesta is small enough (about the same size as Saturn's moon Enceladus) to have been deeply scarred by the Rheasilvia impact that launched the HEDs, but large enough to have differentiated into an iron core, silicate mantle, and igneous crust. Dawn also found hydrated and carbon rich material on its surface supplied by impactors, a result that was unexpected based on pre-Dawn telescopic observations. 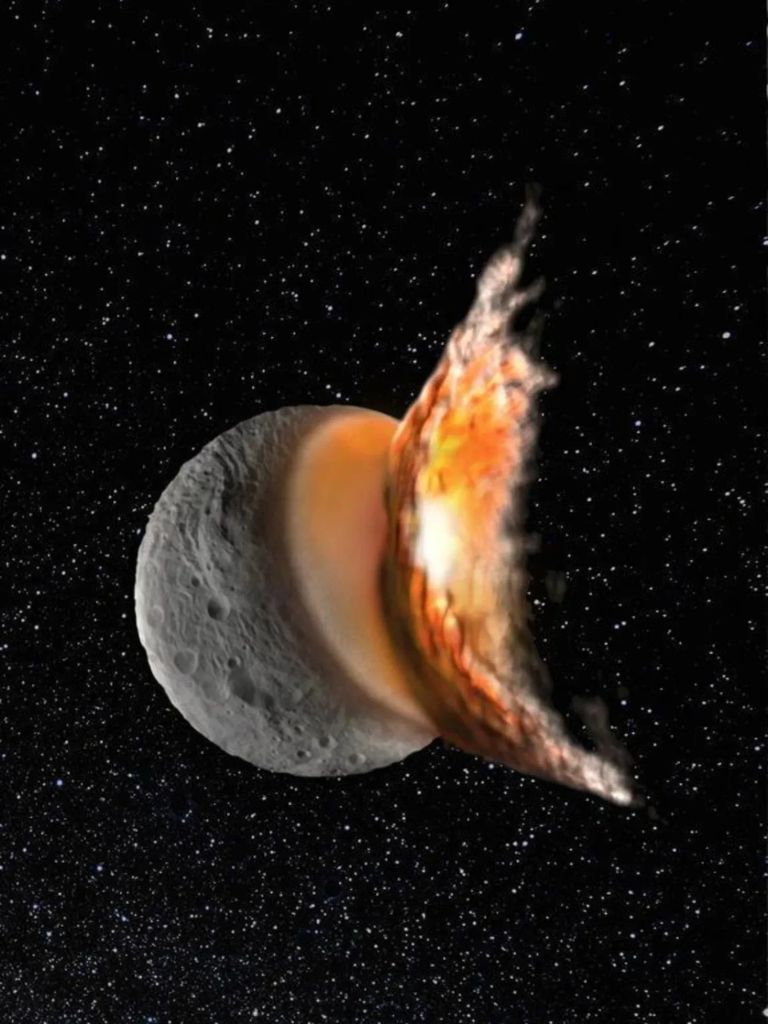 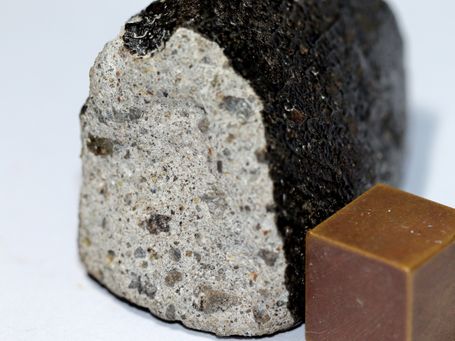 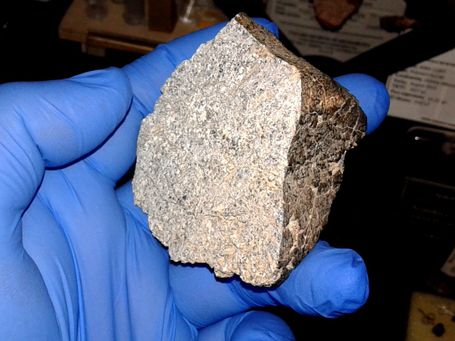 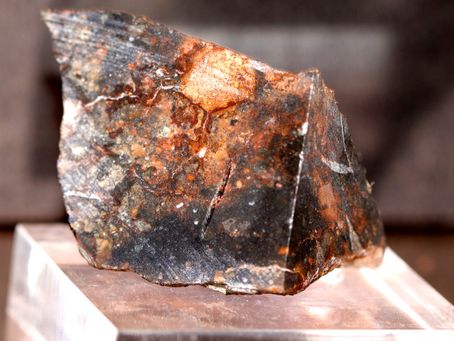 HED in the Laboratory.

Petrographic and Geochemical analysis allow us to know the composition of VESTA.

Analyzes carried out on HED meteorites have shown that Vesta is a basaltic protoplanet preserved intact from the origin of its formation. The Diogenites appear as crystallized orthopyroxene cumulates at the bottom of the magmatic chambers, while the Eucrites were formed from lava flows. For their part, the Howardites are cemented rocks from eucrite and diogenite detritus, crushed by impacts, mixed with asteroidal contaminants deposited on the regolith (remains of carbonaceous asteroids, metals and sulphides, mainly). 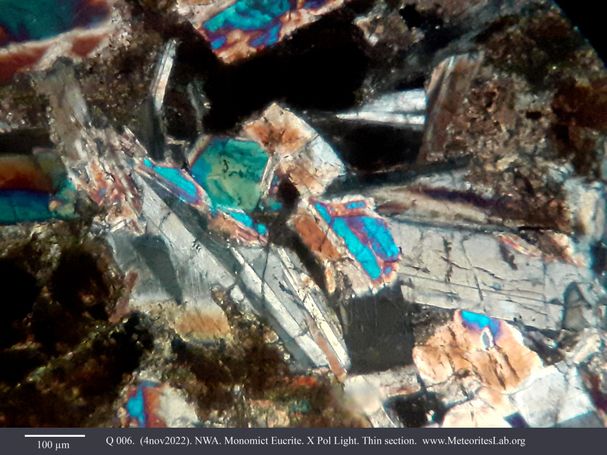 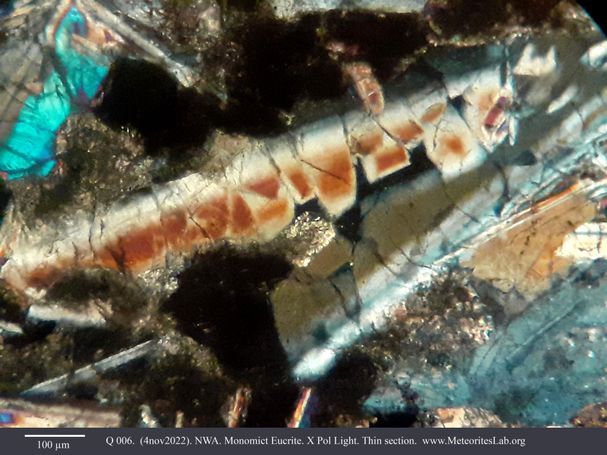 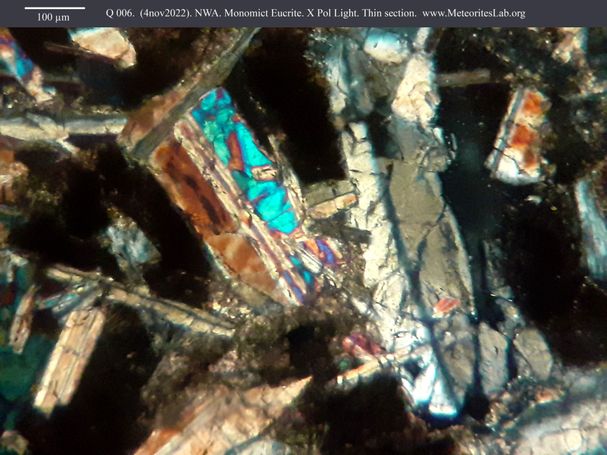 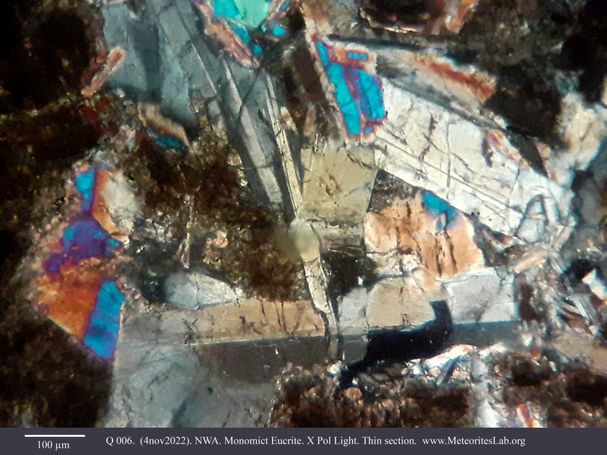 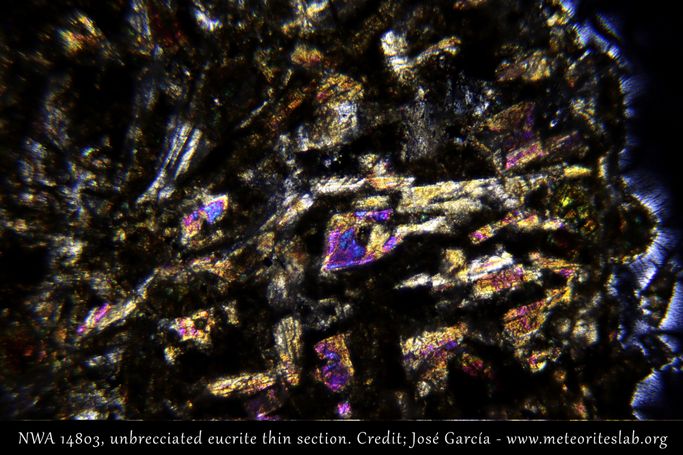 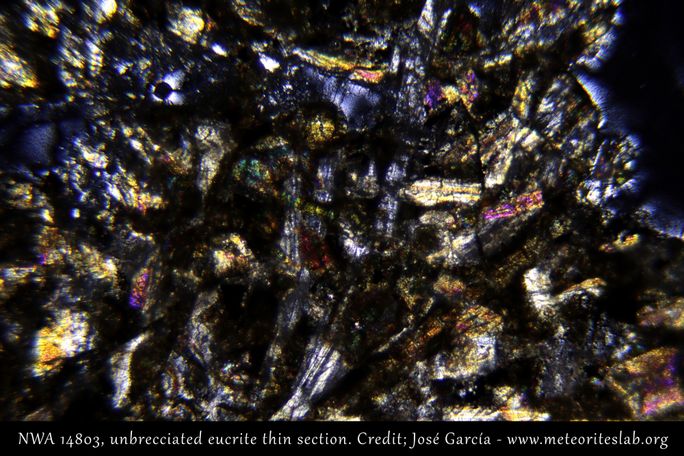 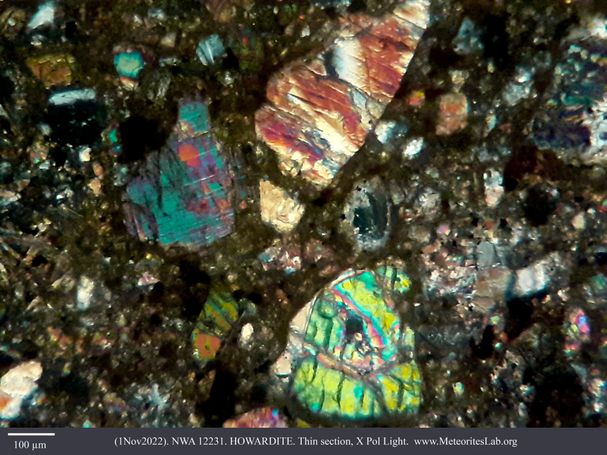 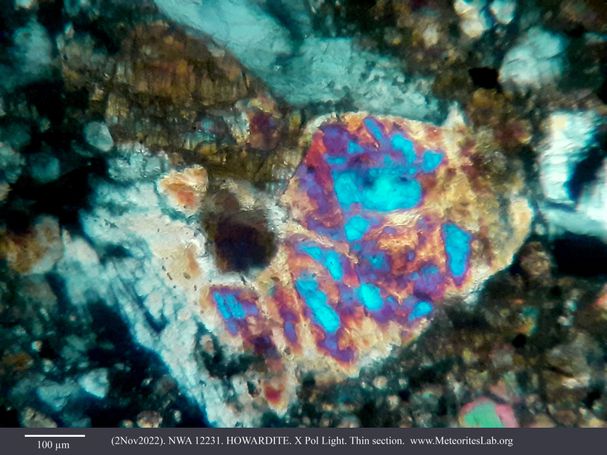 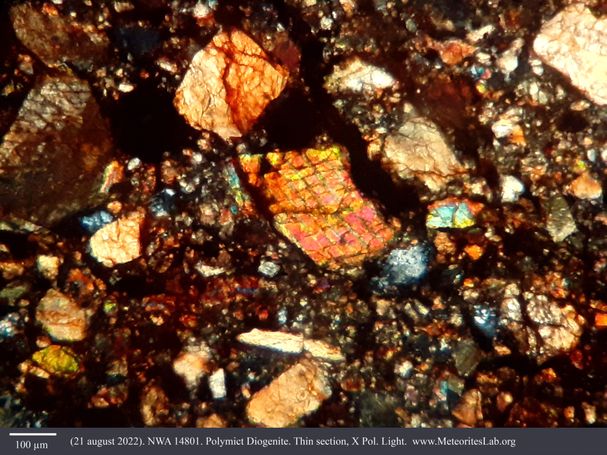 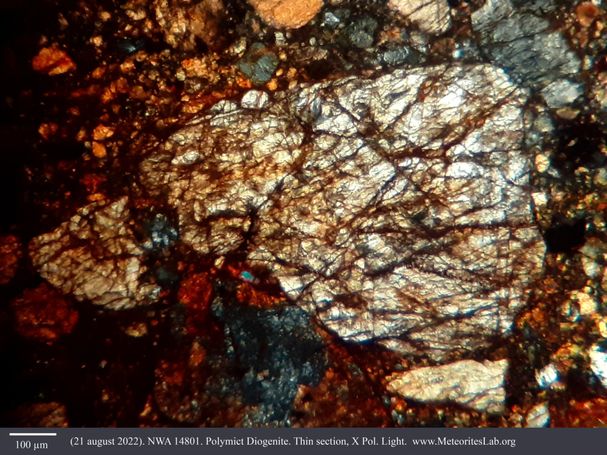 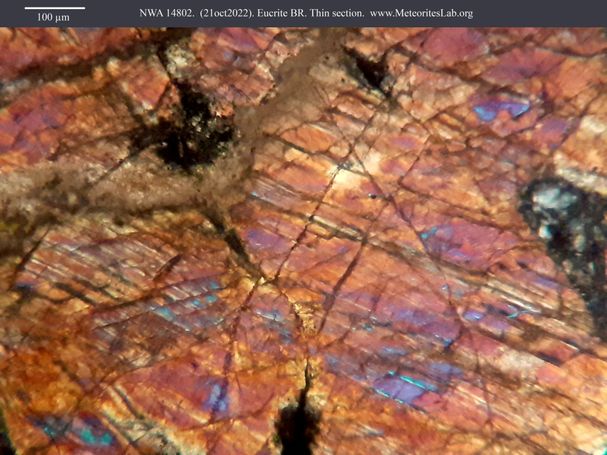